Girls of Paper and Fire by Natasha Ngan 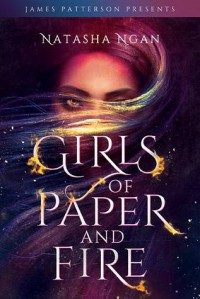 There were some things I liked about this book and some things I didn't, so I'm trying to go middle of the road and rate this a solid 3 stars.

The betrayer was way too obvious and it would have been more interesting and a better conflict if the person betraying them was a different character who did it not because 'it wasn't fair' but because of loyalty to the king. And also, I love reformed bad guys so I would have loved it if Lei's enemy/rival had NOT been the one to betray her and become almost begrudging friends.

When Lei was confronted, she didn't even TRY to deny anything, and no one even had any proof.

Other things to note:

The blurb is kind of innocent and mentions that Paper Girls 'serve' the king as a 'consort' and that it's a high honour, but it was actually [spoiler] sexual slavery[/spoiler]. This book was just as dark as Damsel by Elena K Arnold but definitely aimed at a young adult audience.

Lei complained again and again about how the demons treated her and the other Paper caste like they 'weren't even human' and that language doesn't work at all because the demons are superior to the humans, so to treat them like they're human would mean something completely different in this world where humans are little better than animals.

It seems that to most demons, being Paper caste already makes you less than human.

Think of all the Paper castes he has his soldiers capture as slaves and kill as easily, as if we weren’t even human.

I wish the author had thought more about this language when Lei made that complaint multiple times. I really hope this is changed for the final version.

I actually think that this whole story could have been more interesting if it was told from another character's point of view.

If you are more invested in the romance part of fantasy romance, you'll probably enjoy this forbidden romance as much as I did.

(I actually already own The Elites by this same author and I'm pretty keen to give it a read now!)

I received a copy of this book from Netgalley in exchange for an honest review. This does not affect my opinion of the book or the content of my review.